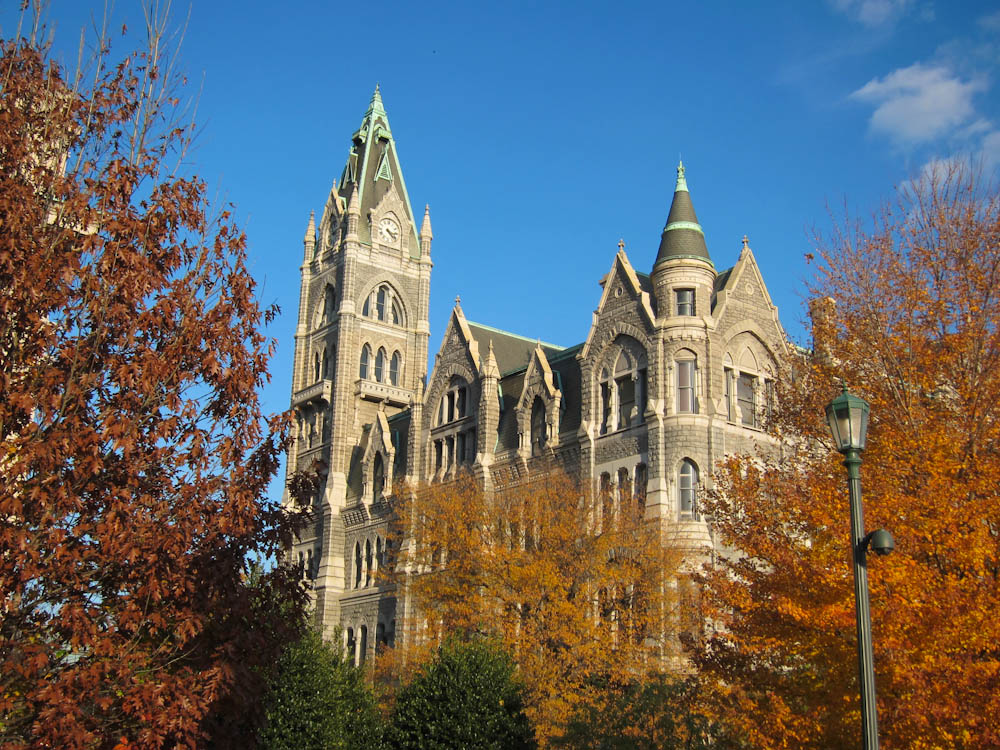 After driving over 520 miles down the U.S. coast from MA through Washington DC and Philadelphia, we are ready for a rest here in Richmond, VA. It seems we’ve been following a sort of ‘history trail’, so are looking forward to a new perspective from the South. And since Richmond was the capital of the Confederacy during the Civil War, it’s the perfect spot to explore.

Meanwhile, we’ve also been feeling like we need to spend some focus time on our online business, so we decided to get a room  for about a week, and at around 11pm today, we drove up to our new temporary residence.  The Homestead Studio Suites is tucked into a corporate park called Arboretum Place. We spent the next few days working, relaxing, and enjoying cooking some meals in our room. You know how it is when you’ve eaten food on the road for awhile! As fun as dining out can be, I really like to come home and create some healthy, vegetarian meals. A few days into our work, I woke up and realized have cabin fever! So today it’s time to explore the old city of Richmond, which is about 10 miles east of our place.  I looked up some diners on the internet, figuring we could start out with breakfast. I found a fun-looking spot called River City Diner, then checked out some historic highlights for us to see.

We hopped into the car and in no time we were at the diner, where we had omelets, as well as a decidedly Southern side dish of fried apples. Happily, the food lived up to the reviews I’d read earlier and we stepped outside to a cobblestone street that was bordered by stalls of Farmer’s Market vendors with carts of fresh produce that dotted the street with color.

Next we decided to work off some of our breakfast with a walk in the city. In contrast to Philly, where you get the feel of ‘north meets south’, here in Richmond you know you’re in the south. As we walked the historic streets, we happened upon the Edgar Allen Poe Museum, which was unfortunately closed that day – but interesting to see from the outside anyway. I understand that Mr. Poe was born in Boston, MA – and was the inventor of the detective-fiction writing style.

Our next destination was the Canal Walk, a pathway that artfully weaves four centuries of the state capitol’s history together nicely, with historic medallions, statues, and exhibits. It follows the James River and is lined with trees and flowers, and gently slopes over bridges and walkways. We got off the walk in the Capitol area, and started back to our car. As we neared our car, which was still parked by the diner, we noticed a beautiful old building that stood out from the neighborhood like a prom queen at a country music festival. It turned out to be the Main Street Train Station, a stunning, 1905 stone building designed in the beaux-arts style. Once a bustling transportation hub, it was closed in 1975, as train service in Richmond had been slowing. Fortunately, some visionary leaders had decided to revitalize it, and in 2003 it reopened. Currently there are plans to expand its’ use to cover a wider variety of transportation.

Next we drove up the residential streets, which featured attractive, brick, row-house style homes, and stopped at St. John’s Church. It is a famous site dating back to the Revolutionary War, where Patrick Henry gave the “Give Me Liberty or Give Me Death” speech in 1775. The church is still standing, and sits on a peaceful square, surrounded by trees, gardens, a cemetery, and a nice Visitor Center.

Our final stop was the State Capitol area, which was an impressive collection of buildings and grounds.  We decided to start by visiting Old City Hall, which was built in 1894 – and which came in at 400% over budget!  It is designed in Victorian Gothic style is worth a look if you’re in the area. It’s no longer the official city hall, but it still houses some city offices, and visitors are welcome on the first floor.  This unique floor features an interior courtyard and a glass block floor, and is on the National Register of Historic Places.

Next door we walked down to the State Capitol, which is the 8th building to stand in its’ place. This is because of several fires that burned down previous ones during the Colonial period. It’s Greek columns look like the ones in the White House, and it is one of the few Capitol buildings in the U.S. to have no visible dome from the outside. (There is one inside, though.)

We walked through a unique entrance, with an entry that is partially submerged in the lawn. This entry was created during a major renovation, which began in 2003. The ladies who helped us in were very friendly and invited us to join a tour if we liked. We were getting tired, so decided to go it on our own. About halfway through our walk, we ran into the tour group so decided to tag along.  We followed them as they entered the hall for the General Assembly, which is the oldest legislative body in the U.S. We also learned that one of the rooms, the Supreme Court of Appeals, was home to a tragedy in 1870, where 61 people were killed and 270 injured, when the ceiling of the room collapsed onto the House of Delegates Chamber directly below!

We left Richmond at dusk, knowing we only scratched the surface of Richmond’s rich heritage, but also glad we got to see so much in a short time frame. We have a few more days of work to do before heading down to our next stop in Raleigh, NC. so are settling back into our digs a bit longer. 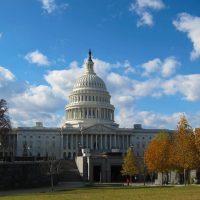 The Lesson Continues in Washington D.C.

Atlanta – The Hub of the New South